Semantic Versioning is a software versioning system that has been gaining popularity in recent years. With the rapid growth in software development through libraries, applications and web services having a standardised way of versioning software releases has never been as important.

What is Semantic Versioning?

Semantic Versioning is a relatively straightforward concept that contains three important pieces of versioning information. It follows the format of MAJOR.MINOR.PATCH. Semantic Versioning relies on correctly “bumping” a component (major, minor or patch) up at the right time. It is the bumping of a component that ensures releasing is simple.

A major bump is performed when non-backwards compatible changes to the application’s public API occurs. The change(s) implemented are likely to break the existing API, and hence all downstream clients may endure some pain when upgrading to the latest version.

A minor bump is performed when (new) functionality is added in a backwards-compatible manner. This means that downstream clients should be able to upgrade to the latest version without causing any headaches for the downstream clients.

A patch bump is performed when you make backwards-compatible bug fixes. As with a minor bump, this will not affect downstream clients (unless they are incorrectly using the bug).

Why use Semantic Versioning?

Utilising Semantic Versioning makes sense. The main reason for this is that at any point developers know whether or not they are using the latest version of a library.

It is Semantic Versioning’s strict guidelines in versioning software that generates information from the version numbers.

For example Software X currently has a version of 8.51.123. From this information alone, we know that it’s the 8th major release. There have been 51 minor bumps, and 123 patches since that major release. In this example 123 patches, could mean that there were many undiscovered bugs and hence patches were required to fix them!

Things to keep in mind

There are a few gotchas to keep in mind when using Semantic Versioning. I’ve outlined some of the most common ones below.

Many people start a project at version 0.0.1, which doesn’t really make sense, because you can’t (or shouldn’t) be starting a new project with a patch. Ideally you should start your project with a set of features, hence a minor release with version 0.1.0.

You first production release should be 1.0.0, which means that anything below this value is probably part of the development rush - i.e. not production ready. It is during the development rush that your focus is primarily concerned with getting your software developed. Breaking things can be forgiven, and you’ll work to ensure that when 1.0.0 is reached, it’s stable.

Before deploying a major version, I like to perform various End-to-End integration tasks that ensure that everything is working as expected. It’s generally at this point that I would create a pre-release.

Semantic Versioning supports pre-releases, and can be achieved by appending a hyphen and an identifier to an existing version. For example a pre-release of 1.0.0 would be 1.0.0-rc1, and if another build is need you could use 1.0.0-rc2 and so on.

An important question to ask when building a new piece of software is “When should I release the first official major version?”

I generally stick to the following rules:

Deprecating functionality is all part and parcel of software development. Deprecating part of a public API should ideally follow these steps:

Semantic Versioning is a strict but sensible way of versioning releases. It is becoming more and more popular, and there really is no legitimate excuse not to use it on your next (or current) project.

Standardisation is key in our industry, and if we can standardise the way in which software is released, it will make our jobs that little bit easier. 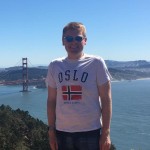